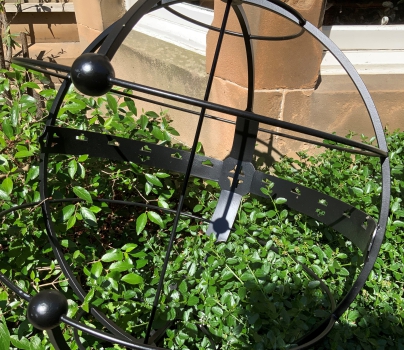 At summer solstice the ball on the upper tropic ring casts its shadow exactly onto the opposite ring below. The upper tropical ring is the tropic of Cancer and lower ring is Capricorn.

The armillary sphere dates back to ancient times when astronomers created their own vision of the earth and the heavens. The idea still works today and our own design creates a sundial with a special feature of two balls that mark the passage of the seasons by their shadows. One of the balls reads summer solstice. This is the high point of the year when the sun is highest in the sky. 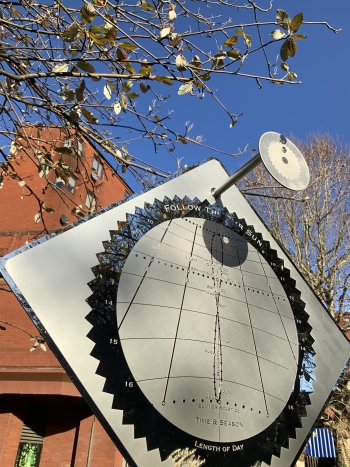 The sundial is in our client’s garden in North London. The sundial faces due south. We set it up at Noon on 28 November, using accurate corrections for the Equation of Time and local Longitude. The photo shows Solar Time at 12.30pm.

The world of solar time has fascinating ideas to explore. Our accurate sundial is almost a compendium of what a sundial can do. The client’s wish was something special for their newly created garden, and our design of a vertical sundial display appealed to them. END_OF_DOCUMENT_TOKEN_TO_BE_REPLACED 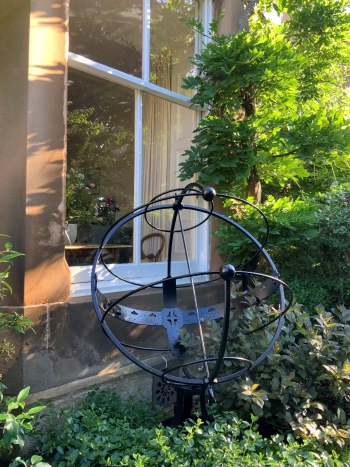 This is our new sundial design. It stands in our garden among the plants. It is early morning and the sun has just reached the centre band where you read the time.

An armillary sundial has a wonderful form. It has mathematical rings creating beautiful shapes with circles and lines. The sundial in the photo has just begun to catch the early morning sun in the garden.

The sundial gnomon is the slanting rod in the centre of the rings, and the wide sweeping band is where you can read the time. These features are the same as other armillaries, but our design has special secrets. END_OF_DOCUMENT_TOKEN_TO_BE_REPLACED 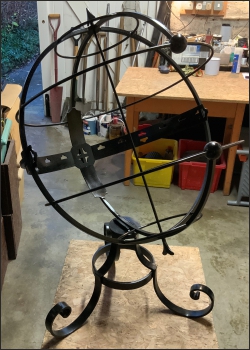 A new design of armillary sphere takes shape in Edinburgh, inspired by an original sundial from Northern Italy. The skilled blacksmith work is complete. This is a bespoke design with gold highlights still to be painted.

A new design of armillary sphere has been taking shape in Edinburgh. It is inspired by an original sundial from Northern Italy which has an attractive and distinctive form. The expert blacksmiths at Ratho Byres Forge have done an excellent job in working from our design. END_OF_DOCUMENT_TOKEN_TO_BE_REPLACED 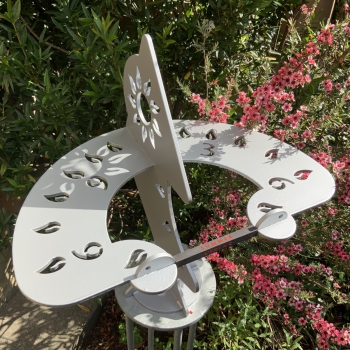 Summer Solstice 2020 in Edinburgh was a day of beautiful sunshine. What could be a better time to show off our Dihelion dual sundial, which can read the solstice and the equinox seasons and the daytime hours. Shifting patterns of sunlight and shadow and petals of the sunflower show through so clearly. There is a lovely END_OF_DOCUMENT_TOKEN_TO_BE_REPLACED 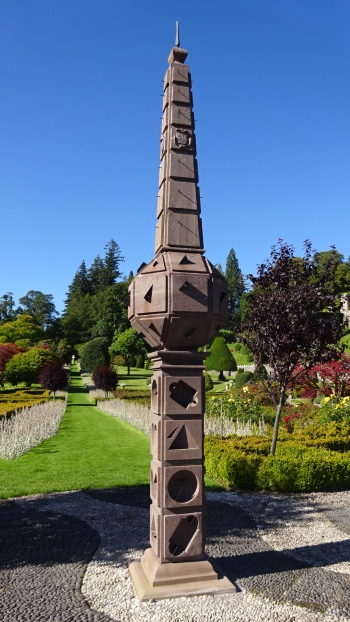 In 2017 after almost four hundred years outdoors the sundial was showing serious signs of the stone deteriorating. The whole structure was feared to be unsound. Making it safe had become urgent. END_OF_DOCUMENT_TOKEN_TO_BE_REPLACED