How the sundial and calendar began

Observing the objects in the sky 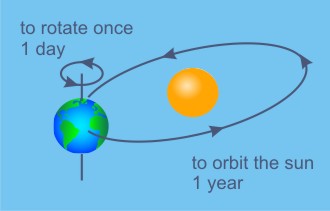 How long is a day, how long is a year? It is hard to imagine now but in early civilisations these were questions for learned men. They meant very little for ordinary people. A day was from dawn to dusk, and night followed day until the sun rose again. A time of year would be seed-time or harvest. Measurement of time, in the sense we know it today, had hardly begun.

In Babylon and Egypt, three thousand years ago, astronomers made accurate records of the positions of the stars, the sun, and the moon in the sky. They were starting to understand where these objects would appear at different times. The earliest sundial instrument was a shaped stone marked with shadow lengths for different times of day. In ancient Greece, around 300 BC, a bowl-shaped sundial known as a hemispherium could measure regular intervals in the day.

Finding the length of a year

Around 100 BC, astronomers managed to measure a year’s length, accurate to 6 minutes by modern reckoning, using a large circular sun ring tilted and aligned to the north. Soon after, in Rome, Julius Caesar was able to formalise the 365 day twelve month calendar and to introduce the leap year. This calendar kept the days in time with the astronomy, and his system stood for sixteen hundred years.

In AD 1582, Pope Gregory updated the calendar system to the one we know today, which puts the leap years into a four hundred year cycle, when his astronomers had completed their own measurements and calculations. The difficulty of Caesar’s calendar was that it had run out of step by ten days, measured against the skies, but the Church needed the calendar to be in time with the moon and the stars so as to settle the date of Easter.

Keeping time during the day

Meanwhile, devices for measuring time in daily life were gradually developed. The Romans used water clocks. The hourglasss containing sand worked well and was useful on ships at sea. In a town square, contraptions for sounding a bell or opening a shutter would tell people the hour of the day. The first mechanical clocks appeared around AD 1300. The clock at Salisbury cathedral in England, which is still in working order, was built around then.

From the earliest days, continuing long after the first clocks appeared, until well into the nineteenth century, the sundial was important. Although a clock would keep the time, the sun or stars were needed to find the time, and for daily life the sundial was more convenient than the stars. Churches were expected to have a sundial on the building so that services would be held at the prescribed hours of the day. Measurement of time was beginning to affect ordinary people.

END_OF_DOCUMENT_TOKEN_TO_BE_REPLACED

My parents received the sundial and love it! They are choosing the best spot in their garden for it. Pennsylvania, USA END_OF_DOCUMENT_TOKEN_TO_BE_REPLACED