A modern sundial that tells the time of noon

The time of noon, it sounds old-fashioned doesn’t it? Is that the same as 12 noon or 12 o’clock or 12:00, and is 12pm a real time? Of course, in our modern rushing way we know the time, it’s on our phones and screens and digital displays, we just don’t have much time for old names for time. And yet we are interested, we speak about dawn of time, moment in time, making time, having the time to do something. Time is part of who we are, and where we come from, spinning on our homely earth and going round our great big sun among infinitely more and infinitely further away other suns.

The time of noon goes back to days when we told the time from the position of the sun in the sky. Noon is the middle of the day, midday, when the sun is at its highest. After midday, which is in the afternoon, the sun starts going down again. It doesn’t matter if we can see the sun, or if we’re too busy even to see the daytime going by, our clocks are still set by the sun at noon. Modern time systems are precisely coordinated worldwide and highly complex, but, by means of the leap second introduced every one or two years, clocks remain in synchronism with the sun’s time at noon.

It’s quite ironic that a noon dial, which is one of the oldest and simplest forms of sundial, can tell us a great deal about time. Noon dials used to be used for finding midday in everyday life, and later on were essential for setting the early clocks, but in more modern times they became less used. A noon dial’s time is local—midday by the sun is ten minutes later in Bristol than in London. And their time is solar—because of earth’s oval orbit of the sun and its tilted axis, midday in November is sixteen minutes ahead of midday in December and June, and fourteen minutes behind in February! 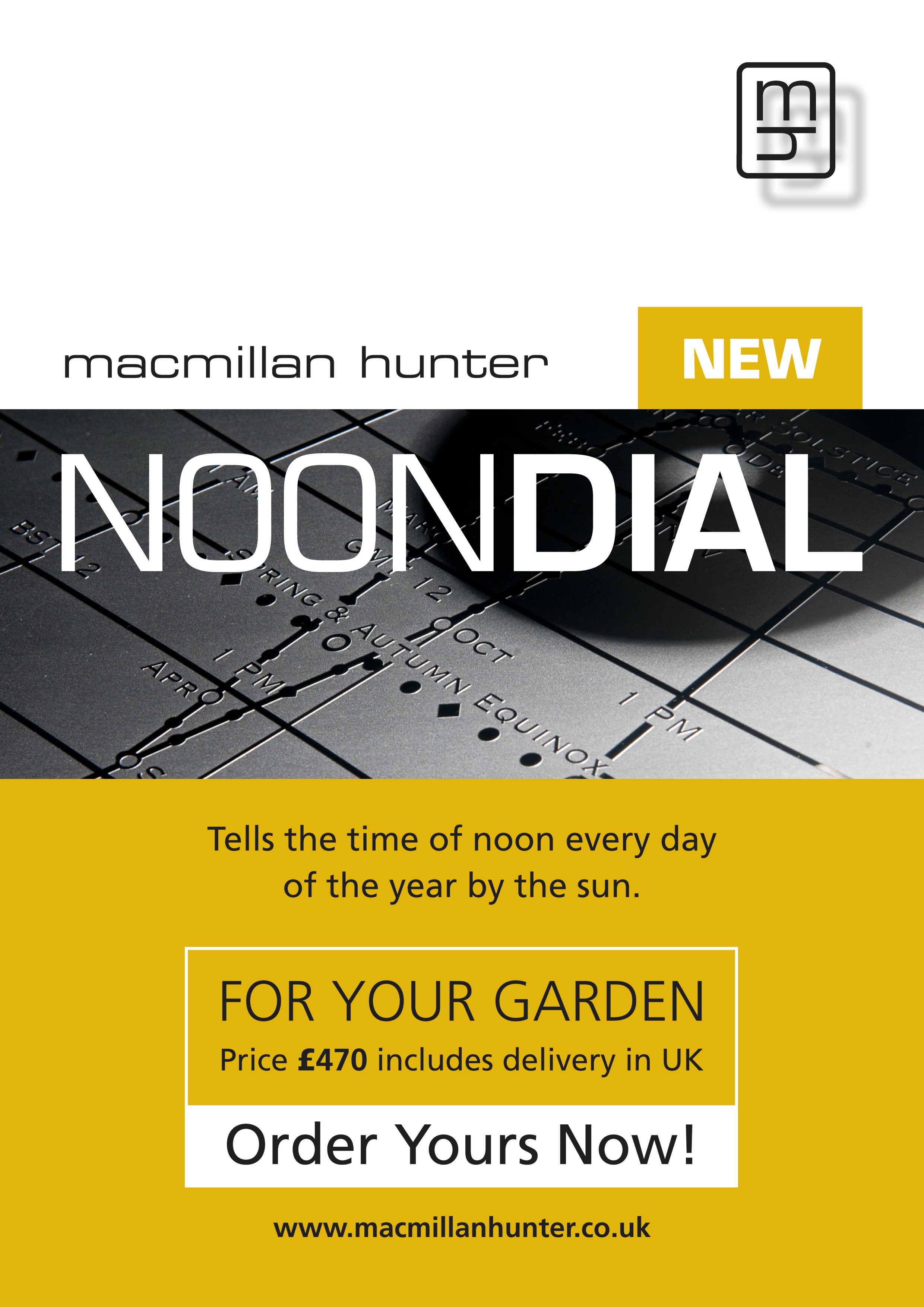 Noondial for your garden – New!

END_OF_DOCUMENT_TOKEN_TO_BE_REPLACED

My parents received the sundial and love it! They are choosing the best spot in their garden for it. Pennsylvania, USA END_OF_DOCUMENT_TOKEN_TO_BE_REPLACED